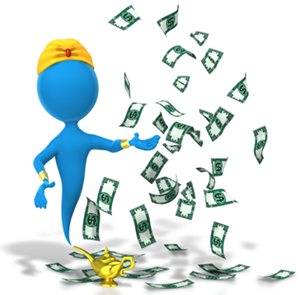 As a followup to our first post on Cyprus, (Cyprus Crossing the Rubicon) I would like to follow up as the news has been fast and furious. Once this blew up in The ECB and IMF’s face, there has been a mad scramble. The heist they had planned for broad daylight was resoundingly defeated by the Cypriot politicians. I am sure the the Cypriot people had something to do with that but more importantly, the Russian Oligarchs I am sure, put the arm on them and stated in no uncertain terms that this was going to be a non starter. What no one is saying, and what is in the back ground is, the powerful Russian Mafia (FORMER KGB ) will not sit silently by, while they are robbed, hence this thing was stopped in its tracks. Now, where Cyprus goes from here is anyone’s guess.

I bring this up because, in spite of the fact that the politicians did not ratify the theft of Billions, Cyprus is still in a bad spot. As you may have read, they have declared a Banking Holiday until Thursday or Friday of this week. What this means is, the banks remain closed until they can sort this mess out. Make no mistake, as soon as they re-open the banks, there will probably be a run on the bank as the depositors will be withdrawing their money en-mass. Lets face it, if there is any possibility of the ECB and IMF stealing your money, your not going to keep your funds in a bank, hence, it further exacerbates the problem of solvency with respect to the banks in question. No doubt the government will offer up soothing guarantees, but by now,…. you have to know, they are first class liars.  NO, wait a minute, not first class liars, how about Five Star Liars. Rather than telling the ECB and IMF to stuff it once they offered up this theft, they went along with it. Once again, Governments objectives are to maintain confidence, not tell you the truth. Once that confidence is shaken, as in Now…..good luck getting it back.

So,…… the question I asked on the title bar, Miscalculation, Desperation or Trial Balloon? Well,….in my opinion, I think this was a bit of miscalculation and trial balloon. If you were going to try something like this, you would try it on a small country such as Cyprus. Cyprus makes up 2% of the total ECB. So,….. if your going to launch a Lead balloon like this, what better place to launch than in a small market where they feel they can control the outcome. I think what really knocked them back on their heels was the dramatic response from the people, all away up to Premier Vladimir Putin who was quoted as saying, “this was a very dangerous thing to be doing.” Obviously the message was not lost on the local politician because the vote became unanimous……(I wonder how that happened?????)

Alright, the genie is out of the bottle and now we have New Zealand saying if they have banking financial problems, the depositors will shoulder the bailout. If you are currently living in Italy or Spain, countries which are both in financial trouble, you have to be nervous as hell. The smart money will have read the tea leaves and will be making their way to the exits. The ECB and IMF made a big miscalculation in my mind and now they are seen for what they are. No smart thinking person is going to trust any thing they say. After all, these are the Same Clowns who held the stress test for the Cypriot banks 18 months ago, we see how that tuned out. If anything, these morons who gave the banks a clean bill of health, who work for the ECB, should be held accountable, don’t hold your breath, You wont get the truth out of them, so expect they will lie through their teeth.

So, here we are but don’t get too smug. As a country, we too, are a financial, dysfunctional basket case. the Fed and our Government, instead of stealing money in broad daylight, are stealing your money through the printing press. Printing money out of thin air, debases your money. Your money buys less and less. It was reported yesterday that approximately 638,000 Silver Eagles were sold on Monday. I wonder Why????

Just an update on this fast moving story. Earlier it was reported that the Bank Holiday currently in effect in Cyprus was to last until Thursday or Friday of this week. They have just announced that as of now, it will be in effect until next Tuesday. Obviously, nothing has been solved. If they do open the bank next Tuesday, expect them to put some kind of capital controls on. By this I mean, they will only allow a maximum amount of money to be withdrawn. Probably in the 250 to 500 euros max. As it looks right now, the ECB has up the ante to Cyprus and is demanding the hair cut go through before they would come to the rescue. The rescue would be more debt to further weigh the people down. I say, take the pain and default. Another aspect of this is, the Russians could come to the rescue and then Cyprus could tell the ECB to pound sand…… Lets see how this unfolds…..