Home / Politics / Freedom of Spee… wait… you said what!?

Freedom of Spee… wait… you said what!? 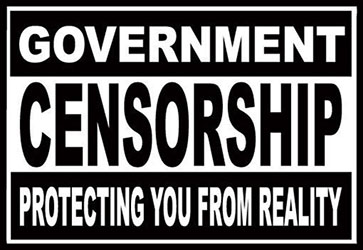 I have to bring up this Chik-Fil-A controversy that is going around – and that is this political action against a company because of it’s values.

Let’s start with what is happening – so the CEO of Chik-Fil-A comes out and says that he does not believe in gay marriage and that he is thankful that he is married to a woman. Start controversy. Now there are politicians from all over slamming this business, protests happening, etc…

The protests are all fine and dandy. If you don’t agree with someone, you have the freedom to say that. If you think someone is a freaking moron, you have the freedom to say that too. What we should have a problem with, however, is political action because of these statements. Is this man and this company not entitled to their opinions and their speech? Is that not something that we as a people stand for? Or should we switch that darned first amendment to “freedom to agree with someone or shut up and go away”.

I have to bring the mayor of Chicago, a Mr. Rahm Emanuel in to this debacle  – he says “Chick-fil-A’s values are not Chicago valuse” in response to the chain CEO’s anti-gay marriage stance. “They’re not respectful of our residents, our neighbors and our family members. And if you’re going to be part of the Chicago community, you should reflect the Chicago values.” For some reason this sounds strikingly like Hugo Chavez and in a place called the USSR… oh wait, I meant Russia (who thinks McDonald’s need to go away because it doesn’t reflect Russia’s food). This coming from the same man who openly consorts with Louis Farrakhan who also seems to think that gay people are the spawn of the devil. Can we say double standard? On top of that, what about respect for the people who do not Furthermore, who is he to define “the Chicago values?”

I’m no where near a Chicago “hater”, but I don’t know about you Chicago isn’t exactly in my top 10 places to live – when I think of Chicago values, I think about rampant crime that is likely going to increase this year.  I think about higher than average unemployment. I think about a bunch of political hacks and cronies that come from there – names like Obama, Blagojevich, Valerie Jarrett, Bill Ayers, Rahm Emanuel, and Bill Daley come to mind. And hey, it’s the sixth most miserable city in the nation! I think about low graduation rates. Look at them Chicago values!

Next, bring in the Mayor of Boston, Thomas Menino, who says  in a letter to the company – “In recent days you said Chick-fil-A opposes same-sex marriage, and said the generation that supports it has an ‘arrogant attitude,'” Menino wrote in the letter, dated July 20 and addressed to Cathy at Chick-fil-A’s Atlanta headquarters. “Now – incredibly – your company says you are backing out of the same-sex marriage debate. I urge you to back out of your plans to locate in Boston.” He also says “If you are discriminating against a segment of the community, I don’t want you in the 1st Ward,” Moreno said, citing what he called Cathy’s “bigoted, homophobic comments”.

Whoa whoa whoa, so you’re telling me, that because of the companies values on homosexuality, they should “go somewhere else”. What about respect for the people in his segment who may disagree with his point of view. This coming from the Mayor – a person who, the way it should be, was put there to protect the rights of the people in their respective area. And we wonder why jobs are so hard to come by – they are straight up telling businesses not to come to their districts. These peoples rights are that they can say what they want to say – but they don’t have the right to not be offended by it. Someone could get on the internet and call me the worst thing that comes to their mind, and guess what – that is their right. I can be offended all I want – but I believe that being offended is a choice.

I guess if we are going to open up that door, let’s just take it another perspective. Let’s say I am a Mayor who does not want my local community of Islam believers to build a Mosque somewhere in my jurisdiction – if I so much as breathed a word about that, it would be lawsuit after lawsuit after lawsuit not to mention being slammed as an “intolerant hater”.  What about I am a conservative mayor who argues against a Planned Parenthood clinic coming to my town? Can you see that one coming? I see total uproar at this one. I have to agree with at least one thing the CEO says and that is that the “Generation that supports has an arrogant attitude”. This right here is a prime example of that attitude.

Free speech is something that we are willing to fight for. No matter what someone might believe or say, as long as they are not breaking the law, has the right to do whatever he wants, including building a business in your “diverse jurisdiction” without you stopping him because of his opinions and his speech. This means people who you don’t agree with. If someone wants to open a gay bar down the street from me, if they do it legally, I don’t care. People are free to do their own thing. I may not agree with it, but that is what being free is all about. And guess what? If I don’t agree with it, I’m just not going to give that  company my patronage.

I am sure I will be called a “hater” for saying this, but I believe in a few things. Homosexuality is a choice that people make. Yes it’s true. I also believe that drinking, smoking, doing drugs, and lying are choices. On the other hand, I also believe that doing the right thing is a choice – doing things like telling the truth, be open and honest with your fellow man, choosing to remain sober are choices (and perhaps at times, hard choices) – but on top of all that, I do believe that people are predisposed with certain susceptibilities.

For example – I know that I should not drink – it doesn’t go well for people like me. My family has a history of alcohol abuse. I’m one of those people who can’t just have one – I know that all too well. But I choose not to drink because of that. I have seen what it does to people and what it does to families. I also believe that before anything else, and I believe this  very strongly – you are free to do what ever you want, as long as it doesn’t harm someone else or break the law – and I mean physical harm – if you drink and your wife doesn’t like it, that is between you and your wife – however if you argue with your wife and decide to beat her, well now you just broke the law, which is a problem. If you want to do drugs, great. That’s totally your choice – you aren’t harming me by it, you are harming you. I choose not to because I will choose to learn from others mistakes. If you are a man and you choose to act on your impulses and attraction toward another man, that is your right – provided the other man reciprocates and there is no law breakage. I personally do not care. I don’t have that susceptibility (if you want to call it that) – it’s not possible for me to know how you feel or how you think – and I don’t hate people for the choices they make – I don’t hate anybody.

I may not understand your choices and I may not agree with what you say, but isn’t that the best part about living in this country is that you are free to do and say them even if I disagree?

Apparently with those good o’le Chicago values and for Chik-Fil-A that is not the case.