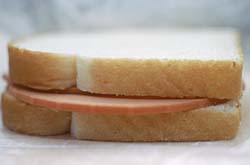 I’m going to just spout out what I believe about this. I believe this is a bunch of garbage and for a few reasons. What may be healthy for me is not healthy for you. If you’re a high school football player who lifts tons of weights and who works out daily after school, you need more food than someone like me. I’m a 26 year old man who has (hopefully) finished growing. I don’t need the amount of calories that younger kids need to keep themselves going.

Even in high school – people are different. Everyone has different needs and different requirements for their calorie intake for a day. I’m not an expert on nutrition, but I do know what is healthy and what is not. I know that extremely thin people can be extremely unhealthy. And I know people who are pretty large who not what I would consider to be unhealthy. I do believe that there are a lot of obese people in this country and I also think that it is there right to be obese if they want to be. I, however, don’t think it is my, or anyone’s responsibility to take care of these people with our tax dollars when the time comes – you see, choices have consequences. A consequence of being morbidly obese is that you are most likely going to have some health problems – similarly if you smoke, you most likely will have some lung problems.

I don’t believe that people should be “forced” in to being what someone thinks is “good shape”. We are all different and as soon as you take our choices away, I, and a lot of other people, have a problem.

So as soon as they pass this law and push it in to effect, I’ve read all sorts of things about kids who are going hungry and about how football players and other people who have extra curricular activities who stay after school are hungry.

So here we go – solution:

1. Get of this stupid law. Go vote on November 4th.

2. Parents – take some responsibility. If your child comes home complaining that he is hungry during the day, pack him / her a lunch. And don’t just slap together a bologna sandwich. Make it something that they will eat and something that you would consider healthy. Don’t over do it – and don’t under do it. Talk to you child. We don’t need the government telling us what they think is healthy – contrary to what they think, you are not stupid.

3.  Get your child to participate in a school lunch strike.

What do liberals do when they don’t get their way? They blow up.