A “Livable Wage” as Minimum Wage 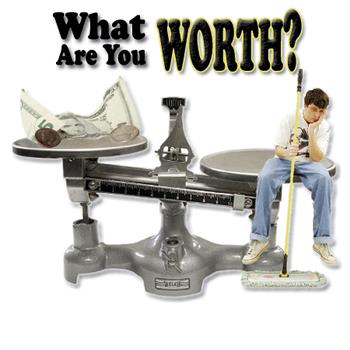 I’ve been hearing a lot of arguments about the Federal Minimum Wage, and as someone who has made minimum wage before, I feel somewhat compelled to weigh in on it.

My father told me when I was kid, that you can’t live on $10.00 an hour, especially,  if you want to support a family and have nice things, (like smartphones, iPads, Computers, Cars, etc….). Let’s just face the fact: Life will not be easy if you make less than a certain amount of money.

The internet is filled with anti-capitalist propaganda – like this one:

I want to first talk about the nature of business. What is the purpose of opening a business? Say that you have a special skill and you find that the area is lacking in that special skill – why open a business? Is it because you want to take the risk and spend your money? Is it because you want to employ lots of people and pay them? No,… It’s to make money people and there is absolutely nothing evil about that.

Companies that invest wisely in their decisions and products deserve to make money, those who invest poorly and make bad decisions deserve to lose business. This is the way of the market and it’s the way it should be. It’s not a bad thing at all – just as some trees have to die to make lumber.

Capitalism has often been referred to as “Creative Destruction”. Sorry to have to break the news to some of you, but in the game of life and business, there are winners and there are losers and let me tell you that in my working life, I HAVE BEEN BOTH. I think most people have been both. No one likes losing, however, it is learning from my mistakes which helped me become a better businessman. Were some of those failures painful? No question, they were, however, I don’t view them as failures. I view them as the price of admission to my continuing education as a businessman.

So, we now have the government mandating or trying to mandate what we have to pay an employee. The fact of the matter is, low skill jobs do not command high wages. You pay someone who has a skill higher wages because there are other companies competing to hire them and the market dictates what they are worth Not the US government.

The problem with the socialist in Washington is that they think they can mandate this to private businesses. What the idiots just can’t get through their skulls is that it has the exact opposite effect. Instead of hiring more people, business owners will do everything in their power to avoid hiring a person because it will make them less competitive… not more.

What we need to have is the Government staying out of the private sector. They think they can mandate outcomes, but they can’t and never could.