Home / News / No Truth In Government

No Truth In Government 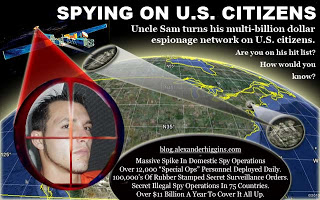 In a cascade of events, we now learn how the government has been used to quiet discontent, shut down free speech and in essence, if you don’t agree with the current administration, you’re going to be in for it. What does “In For It” mean? It means, the IRS is brought to bear against you in any number of ways. If you’re a reporter who disagrees with the Obama administration, you’re email account is hacked and your phone calls are listened to and you are then branded an UN-indicted co-conspirator. Is this the USA or the old Soviet Union? Then we have the ever evolving Benghazi story. For me it comes down to this, Our ambassador was in trouble. Some brave men went to his aid and asked for support. NONE was given, yet NO ONE knows anything……Are you kidding?

Let me ask you something. Do you think you could use the excuse of, “I don’t know” when the IRS audits you and get away with that? From personal experience, I can tell you that will not cut it. Maybe you could Plead the 5th like Lois Lerner, but once again that would not get you off the hook. So the question is, why are we letting these idiots get away with this abuse?

So Lets see, we have an attorney general who knows nothing. We have a President who knows Nothing. No one knows anything. My response to all of this is YOU CAN’T BE SERIOUS. Now, after all I have articulated above, we learn yesterday, the government has been monitoring everything from your phone calls to your mail. Let me also add, don’t fall for the lie that all this is done to prevent some unknown terrorist threat. They use this excuse like a, “get out of jail free card” they think they can hide these abuses under this umbrella and its all good.

There’s one big reason why the administration, James Clapper and the NSA should probably just keep their mouths shut: with every incremental attempt to refute some previously unknown facet of the US Big Brother state, a new piece of previously unleaked information from the same intelligence organization now scrambling for damage control, emerges and exposes the brand new narrative as yet another lie, forcing even more lies, more retribution against sources, more journalist persecution and so on. The latest piece of news once again comes from the Guardian’s Glenn Greenwald who this time exposes the NSA’s datamining tool “Boundless Informant” which according to leaked documents collected 97 billion pieces of intelligence from computer networks worldwide in March 2013 alone, and “3 billion pieces of intelligence from US computer networks over a 30-day period.”

So let me ask you, at what point does this rise to the level of Outrage?