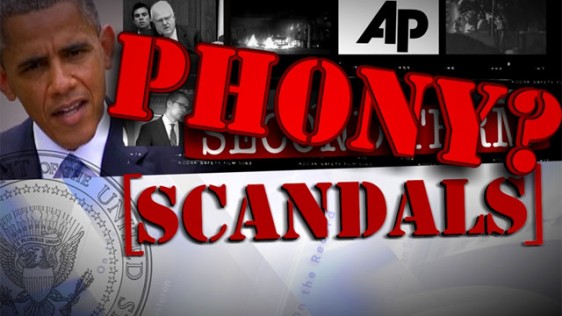 Our President recently went back on the campaign stump as he needed to try to change the narrative as his poll numbers are flirting with new lows. It seems with each passing day the truth leaks out on the Benghazi affair. The long and short of this is that we had a Secretary of State, (Hillary) who did nothing. We have a President who can’t explain his actions or even where he was when all this was going on. We have numerous other officials who can’t give a coherent explanation of how it was that our ambassador Stevens was under siege and we could not muster the will to help him because we were afraid of offending someone.

Then we have the IRS scandal where we have anyone of a conservative persuasion is investigated if they are in opposition to liberal causes. This can of worms gets uglier the more we learn the facts. According to the President, this is a phony scandal. My response is: The only phony here is the guy masquerading as the President.  The guy who knows nothing. Yes… that’s right.  Completely clueless on the IRS scandal and as a matter of fact, those who should know what went on take the fifth before congress and we are supposed to believe this is a “phony scandal”. You have to be kidding right???? Unfortunately, when rats gets cornered they do desperate things.

One of the reasons the President has not paid a steeper price for all this garbage is his willful accomplices in the press. The ones in the mainstream media who refuse to question anything and parrot the talking points disseminated by the Presidents Group of PR Hacks. Furthermore, when a reporter has the temerity to ask pointed questions, they are shouted down or cut off. Let me ask you something: Is this the United States of America? Well… it is for now and I don’t see much changing so long as this guy is in the White House.