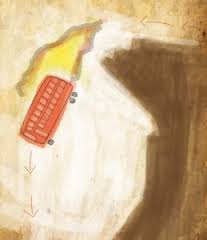 If there is a more inept President, we would certainly have to go a long way to find him. Oh… wait a minute… we had Jimmy Carter. Yeah, well that was a long time ago, and now we have this guy masquerading as a President and he defies all logic depending on the day and what’s going on.

The fact of the matter is that the world has taken the measure of Barack Obama and has found him lacking. All talk (especially with a teleprompter) and never decisive action. Don’t get me wrong, I am not for this guy going in and starting another war, however, world leaders know this guy will do nothing and have been testing him. Just look at the string of abject failures from Iran, North Korea to Afghanistan. Most recently we have the Ukrainian situation unfolding.

First off, I am not for getting involved in this and furthermore, Vlad Putin is no friend of the USA. This guy is a former Colonel in the KBG. Our President seems to think this guy is some sap that is going to buy his idiotic baloney and pronouncements like the lap dog media does in the USA. The sorry truth is, he’s not buying any of it and knows Obama is all talk no action.

Recently the President showed his displeasure of the annexation of the Crimea by what? He enacted personal sanctions against a number of leaders in Russia.  Yep… Obama sure showed them. Talk about decisive hard hitting action – what a joke. It’s hilarious to watch the media shill for this guy. What they don’t realize is what a ship of fools they are. They are all tied to mast of the queen Obama and this ship is going down.

So there you have it. We have a President who hasn’t got a clue when it comes to world affairs. We have a Secretary of State who is also useless (he gets his marching orders from the President and follows them to the letter… what did you expect?) and every time this guy opens his mouth, more nonsense spews forth. Expect Putin or any other world leader to do exactly what they want. We know who’s driving the BUS… its BOZO the Clown….

Keep the faith, this too shall pass.